The world’s second largest cryptocurrency gained as much as 2.3% on Friday, after jumping 170% this year alone.

Ether, the world’s second largest cryptocurrency, has risen to $ 2,000 for the first time, as the rally in digital assets continues to expand beyond Bitcoin.

The digital token for the Ethereum network gained as much as 2.3% to $ 2,014 on Friday. It has increased by around 170% this year. The Bloomberg Galaxy Crypto Index gained around 3%, while Bitcoin was little changed after more than doubling this year. 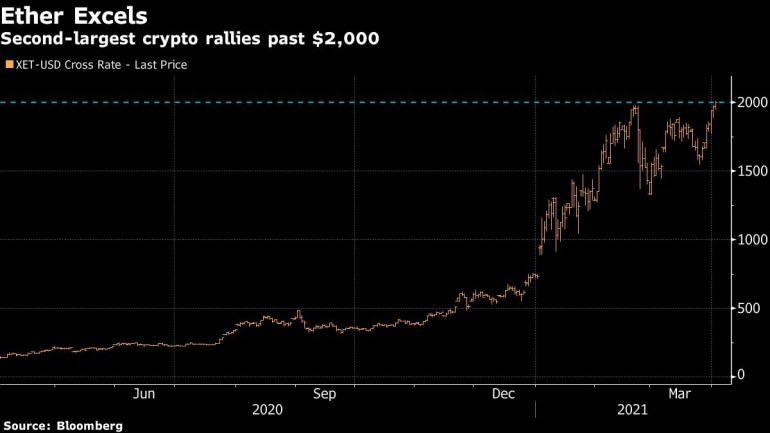 “We are now really breaking higher and that will most likely attract buying activity,” said Julius de Kempenaer, senior analyst at StockCharts.com. “Ether is gaining in relative strength compared to Bitcoin.”

The token reflected Bitcoin’s gains over the past year amid a flood of stimuli aimed at boosting the global economy during the Covid-19 pandemic. Critics warn crypto is a speculative bubble that is likely to burst.

Ether has a market value of around $ 230 billion, compared to around $ 1.1 trillion for Bitcoin, according to data from CoinMarketCap.com.