The majority of people are unable to identify the most effective lifestyle decisions to limit their carbon footprint, according to an international survey of more than 21,000 people in nearly 30 countries.

Yet an overwhelming number of people say they know what personal actions they need to take to play their part in the fight against climate change, according to the Financial Times-exclusive Ipsos Mori survey.

Across all countries, the average person who took part in the survey almost consistently ranked avoiding tumble dryers and switching to low-energy light bulbs as more efficient ways to reduce individual emissions – rather than not to own a car or to choose a diet.

In fact, an individual using less carbon intensive modes of travel, instead of driving a car, could prevent an average of 2.4 tons of carbon dioxide equivalent to be released into the atmosphere each year in a developed country. Air drying clothes would save only 0.2 tonnes of carbon emissions per year per person.

For comparison, total annual greenhouse gas emissions, including carbon dioxide, are around 10.4 tonnes per person. in high income countries, compared to 12 tonnes in 2000.

The reality is. . . the actions to be taken require significantly greater sacrifices

The aggregate of global annual greenhouse gas emissions, including carbon dioxide, is approximately 51 billion tonnes. This is more than 40 percent higher than 1990 emissions, which were around 35 billion tonnes.

“Our research shows that the issue of the environmental crisis is familiar to people around the world,” said Kelly Beaver, general manager of public affairs at Ipsos Mori. “But people still don’t know which actions are most likely to have a significant effect on their carbon footprint.”

“The public seems to get the message about the importance of recycling, but the reality is. . . the actions that need to be taken require much greater sacrifices, ”added Beaver.

Recycling was the action most commonly chosen as an effective way to limit an individual’s greenhouse gas emissions. Yet the environmental impact of recycling is less related to limiting emissions than to reducing personal waste and eliminating plastic pollution.

The annual savings in emissions for an individual who recycles as much as possible is estimated to be around 0.2 tonnes of CO2 equivalent. 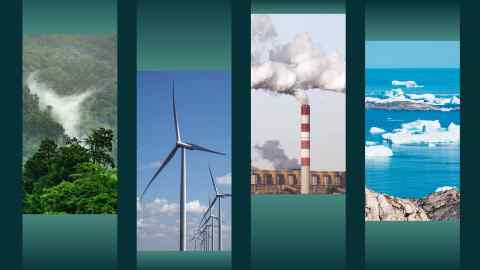 One of the options most overlooked by respondents, as a possible way to reduce personal impact on the environment, was to choose to have fewer children. A commonly cited estimate of annual emissions avoided from having one less child eclipses that of other actions, at 58.6 tonnes of CO2 equivalent emissions, as shown in Environmental research letters in 2017. Although some academics argue this is an overestimate, responses to the Ipsos Mori survey suggest that there is a lack of awareness about the potential impact that smaller families can have on the climate.

A generational knowledge divide was also highlighted in some of the results. Younger people were more aware of the environmental impact of having fewer children as well as the benefits of a plant-based diet, the results showed, while older populations placed more emphasis on recycling.

One of the survey’s most unexpected findings, given the misconceptions, was that nearly 70% of respondents believed they knew how to reduce their impact on the environment.

The Japanese were the least confident about how to reduce their carbon footprint, followed by Russia, but also Saudi Arabia and South Korea, all countries relatively heavily dependent on fossil fuels.