Ireland is seizing the “unprecedented opportunity” presented by the change in work habits during the pandemic era to move people from major cities to the rest of the country, considering a network of remote work centers and rejuvenated city centers in an effort to redress the country’s longstanding rural situation. urban divide.

Irish government unveiled ‘Our Rural Future’ strategy Monday, ahead of the promised announcement of easing a three-month lockdown. Some of the measures currently in force, including the ban on non-essential travel over 5 km, have hit people in rural areas particularly hard.

This plan, the first of its kind launched by a European country since the start of the pandemic, includes the creation of a network of more than 400 remote work centers and the introduction of tax breaks for individuals and businesses. that support working from home.

The government has set a target for 20% of Ireland’s 300,000 civil servants to switch to remote work by the end of the year. Other measures include “financial support” to encourage people to live in rural towns and an accelerated deployment of broadband.

“As we recover from the impact of the COVID-19 pandemic, an unprecedented opportunity exists for us to achieve the goal of achieving balanced regional development and maximizing recovery for all regions of our country” Irish Taoiseach Micheál Martin told reporters.

The rural-urban divide has dominated Irish politics for decades. But Heather Humphreys, Minister of Rural and Community Development, said the country now had “an unprecedented opportunity to turn the tide.”

“The biggest mistake we can make in coming out of the pandemic is going back to the old normal.”

Ireland’s last big push for decentralization dates back to the early 2000s, when government departments were moved from Dublin. This decision has resulted in the creation of far fewer jobs in the regions than originally planned. Humphreys said this plan was different. “This is modern decentralization led by workers, not focused on buildings but on people.

Only one of the plan’s 152 measures has a deadline. And none were costed, although ministers stressed that the funding was available. Humphreys has promised to give more details next week on what could be achieved this year.

Other European countries are facing similar questions about how their cities will change as a result of changes in working practices brought on by the pandemic.

Ian Warren, director of UK think tank Center For Towns, said the Irish plan looked “very promising”, adding: “The belief in the UK is that cities have been at the center of government intervention for too long, and that there needs to be a better balance in terms of investment. “

Warren stressed that “a lot of investment” was needed to manage the displacement of people, including “very good infrastructure, broadband, good housing, good public services, good transport”, as well as access. green spaces and culture.

Tax incentives of the kind that Dublin is promising were “just leverage you can pull,” Warren said.

The plan launch event featured video testimonials from several women who had moved to the Irish countryside in recent years. They cited a range of benefits, including not having to travel, being closer to family, and more affordable housing.

The prospect of others following in their wake is already bothering businesses in Dublin, many of which have been closed for most of the last year due to one of Europe’s tightest lockdowns.

“Office workers are the backbone of Dublin’s economy,” said Richard Guiney, Managing Director of DublinTown, which represents 2,500 companies in the Irish capital. He said the plans bore evidence of a “clear anti-Dublin bias”.

“Cities aren’t just about your workplace, they’re also about your way of life,” he said. “It’s hard to see people who were hoping to have the full scope of what cities offer choose to forgo that for small towns.” 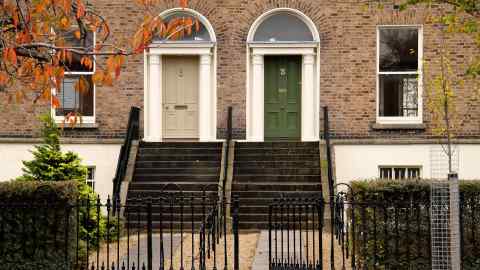 Lyons added: “This is just one manifestation of something that has come up over and over again in Irish politics for over a century. Irish politicians. . . want to reward rural ridings. ”

“The big question is whether and how quickly everything will be implemented,” Kerrane said, adding that while it was “nice to have documents and good ideas. . . we need a clear roadmap ”.