The first fasting day of the holy month of Ramadan, which is determined by the observation of the new moon, is likely Tuesday, April 13.

To declare the start of Ramadan, Saudi Arabia and other Muslim-majority countries depend on testimonies from local moon observers.

Other countries have independent observations, but Indonesia, Lebanon, Morocco and Syria will likely start fasting from Tuesday, while countries further east and west will start when the moon is seen.

When can we see the new moon? 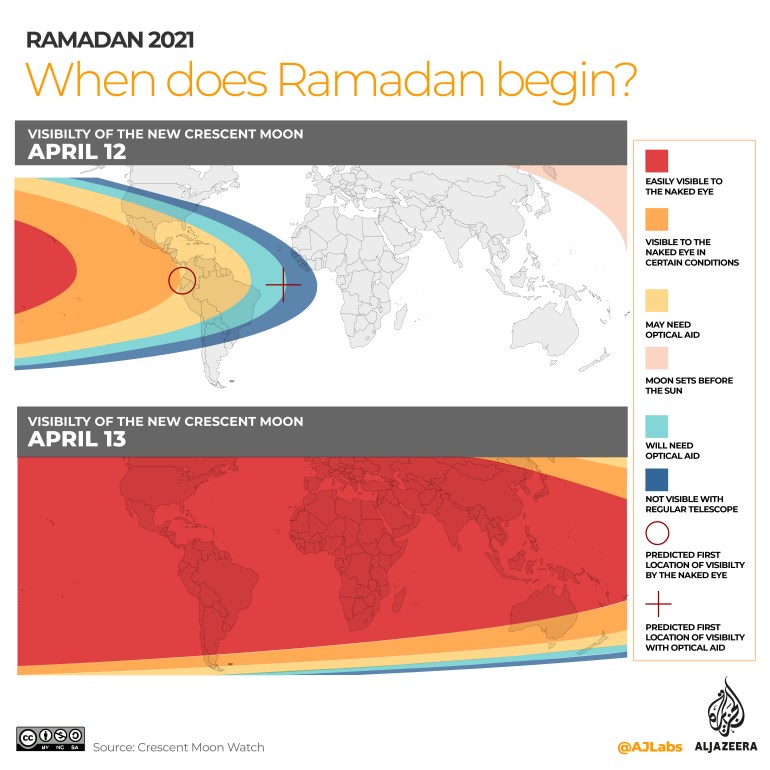 The Qatar Calendar House (QCH) has announced that the Ramadan new moon will be born on April 12 at 02:31 GMT, according to astronomers. On this day, the moon could be visible in parts of North, Central and South America. On April 13, the moon will be easily visible in most parts of the world.

The actual visibility of the crescent will depend on factors such as atmospheric conditions, cloudiness, and the distance between the sun and the moon on the horizon. 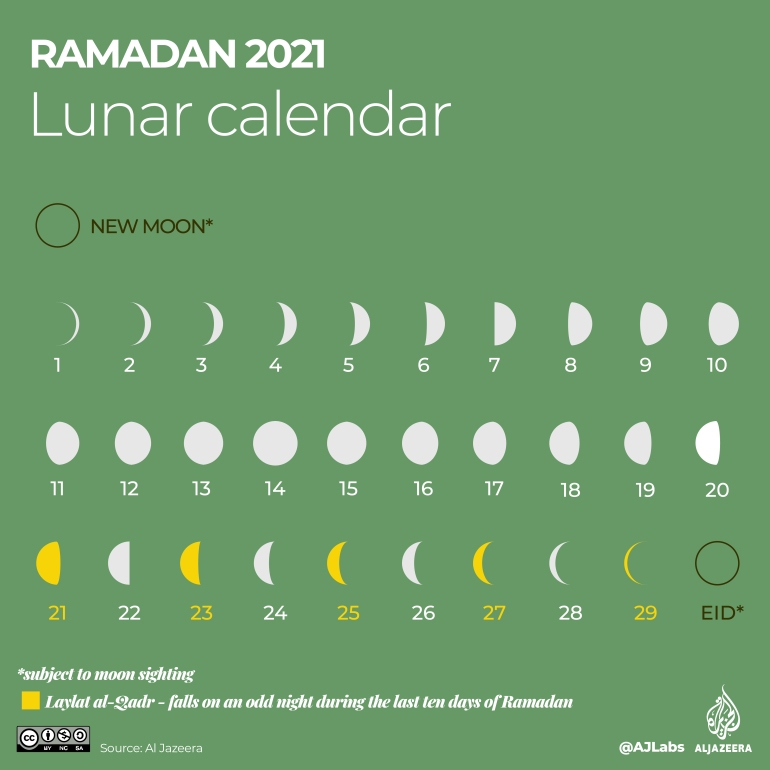 Lunar months last between 29 and 30 days, depending on the observation of the new moon on the 29th night of each month. If the new moon is not visible, the month lasts 30 days.

Why is Ramadan holy?

For Muslims, Ramadan is the month in which the first verses of the Quran, the holy book of Islam, were revealed to the Prophet Muhammad over 1,400 years ago.

Throughout the month, observe Muslims fast just before sunrise, or Fajr, from prayer to sunset prayer, Maghrib.

Fasting involves abstinence from eating, drinking, smoking, and having sex to achieve greater “taqwa,” or God-consciousness.

Fasting is one of the five pillars of Islam, along with the Muslim declaration of faith, daily prayers, charity, and the Hajj pilgrimage to Mecca if it is physically and financially capable.

In many Muslim-majority countries, working hours are reduced and many restaurants are closed during fasting hours.

“Ramadan Mubarak” and “Ramadan Kareem” are common greetings exchanged during this period, wishing the recipient a blessed and generous month respectively.

Last year, fasting hours across the world ranged from 10 to 20 hours per day.

At the end of Ramadan, Muslims celebrate Eid al-Fitr. In Arabic, it means “feast of breaking the fast”.

Based on the actual start date of Ramadan and the observation of the new moon on the 29th night of Ramadan, this year’s Eid al-Fitr will likely fall on May 12.